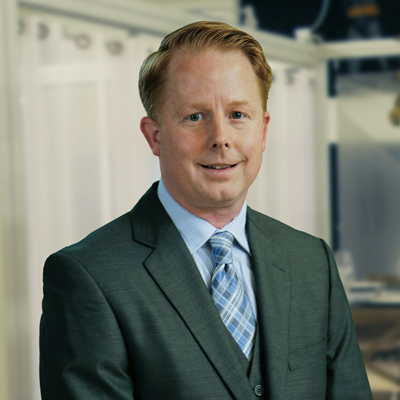 Trace the road to success for any small business and you will likely discover it is paved with solid planning, imagination, hard work, –and a bit of luck. But the concrete at the foundation of any successful business is its ability to keep good records and accurate books. Without good accounting, the door is open for cash-flow problems, wasting money and ultimately causing the business to fail.

But PRI Productions has continued to grow and to prosper since its founding in 1994. Chief Financial Officer Glenn Neal credits PRI’s Founder and President with leading the company’s growth and success.

“Randy Goodwin has always had the instincts and flexibility to recognize and implement the necessary changes to allow PRI to thrive,” said Neal. “He has a tremendous ability to innovate as the market has changed, including buying other companies that he had done business with over the years.”

Over nearly 17 of those years, Neal has been the one managing, maintaining and controlling the company’s all-important finances.

After graduating from First Coast High School, Glenn earned a degree in Electrical Engineering from ITT Technical Institute then went to work for, “Images,” a local Audio Visual production company purchased by Goodwin in 1995.

Within three years, Glenn was working in PRI Productions’ Accounting department, and was soon promoted to Chief Financial Officer. He says he loves the daily challenges and the family-like atmosphere at PRI.

“It’s a lot of logistics,” said Glenn. “From tracking all of the company’s bills and payroll to staying on top of all of the invoices for our clients and maintaining our extensive inventory… it’s something I look forward to every day because it’s never the same. There’s always a new challenge.”

Away from work, Glenn has pursued his passion for travel, joining friends in Australia, Italy, Thailand, Peru, Greece, Turkey, Croatia and the glaciers of Alaska. His travel bucket list includes Spain, China, and an African Safari.

But the greatest love in Glenn’s life are his two young brothers, whom he adopted in 2005.

“I went from being a single guy with an empty refrigerator to buying a new car, a house and then added two kids in one year,” he smiles.

“The ‘fridge’ is now covered with pictures… but I love going home to the boys every night. At ages 10 and 12, they’re a handful, but they truly mean the world to me.”

Other Staff In Accounting