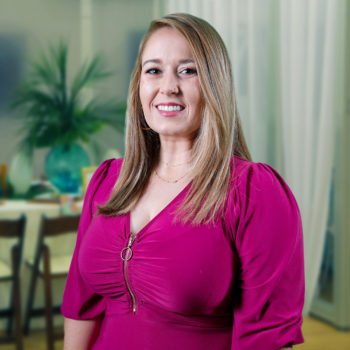 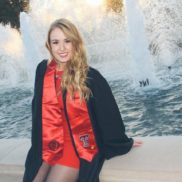 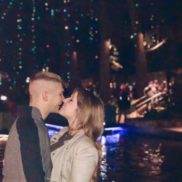 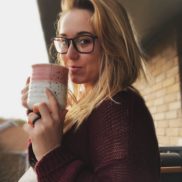 Hobbies: Repurposing old furniture and going to the beach with her dogs
Favorite Sports Teams: Texas Tech Red Raiders and Kansas City Chiefs
Spirit Animal: Jack Rabbit
Fun Fact: "When I was in 4th grade, I went to a softball summer camp put on by the Texas Longhorns where I was injured by getting hit in the back of the head with a dowel rod we were using to practice our swings. The dowel ripped my ear (almost completely) off and knocked me unconscious and Marla Looper, who was the Head Coach, took me to the ER. Fast forward- I went back to camp & was awarded the Texas Longhorn Purple Heart Award but the coolest part about this was that, because of my injury, I got to be bat girl for the Texas Longhorns for their opening game that season! Cat Osterman was the pitcher at the time and she eventually went on to play for Team USA."
Biography:

I grew up in Southwest Texas and graduated from Texas Tech University in 2016 with my B.S in Human Sciences and Nutrition and, like most young adults, had absolutely no idea what I wanted to do with my life. When I graduated college, I was in the process of obtaining my Registered Dietetics license. Jacqueline applied for a job that didn’t align with health and nutrition at all and was hired almost immediately. It was at a wedding venue In Dallas, Texas. Thus began my venture into the event industry; I fell in love and never looked back. I was going through life being who I thought I needed to be instead of being who I was. I’ve always believed that everything happens for a reason, and this is living proof. Because working in the event industry never even crossed my mind, I didn’t pursue events – events found me.

Other Staff In Event Producers