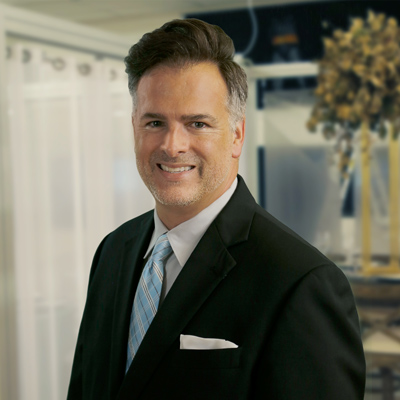 In a business that survives and thrives through imagination, creativity and teamwork, Derek Eaton is without question PRI Productions’ Most Valuable Player.

A native of Houston, Texas, Eaton arrived on the First Coast in 1989, working alongside Randy Goodwin five years later to develop  a company called Presentation Resource, Inc., (now referred to as PRI Productions). Derek’s has been a part of thousands of events throughout the Southeast, continually creating fresh ideas for presentations with a “wow” factor that has fueled PRI’s remarkable success.

Over the years, his tireless efforts and boundless imagination have allowed the company to evolve and grow into one of the largest and finest Event Planning Companies in the Southeast.

In 2005, Eaton was honored to be recognized by his peers for his remarkable efforts by being named, “Event Producer of The Year” by Event Solutions Magazine.

He was also recognized as a winner of the Orlando, “Wow” Awards Best Graphic Design Concept and Best Entertainment Concept / Budget under $25,000.

Eaton shares his talent throughout the region by serving as a Board Member and Past President of the International Special Events Society – Orlando Chapter.